A long time ago I made profiteroles and I fancied making them again but this time as a big ring. I remember when I made the profiteroles rolls and they didn’t work the first time but had another go and they worked, I couldn’t remember which recipe I used. With any baking that is a bit more technical I always feel scared yet I feel it’s a challenging, I always give things a go and if they don’t work out, it can be quite upsetting BUT it’s not the end of the world, no one died, so I need to chill out and either have another go and bake something else. It’s all about trying and experimenting in life otherwise everyone would just live a boring life, right?

Well, yet again my choux pastry didn’t work the first time. I initially wanted to make a giant choux ring so everyone could have a slice, apparently I didn’t know it’s actually called a Paris Brest’s (how fancy and I think I would have to put on my best French accent to say it better, but I bet it still won’t sound right!) It went wrong as the last beaten egg had slipped out and went into the dough mixture. Arggggghhhhh then the dough was too slack and even when I was piping it I knew it was wrong. But I just baked it hoping for the best, and I had enough dough left and created smaller doughnut rings. The giant choux doughtnut didn’t work well, it was stoggy and thick and not crisp at all! What a disaster. However the good news was the doughnut ones did, so I gave it another go with less egg this time and yes!!! It worked, thank god, happy bunny!

So don’t make the mistake I did and add too much egg! check the consistency, it should be a smooth, thick texture that will falls from the beater like a thick ribbon. 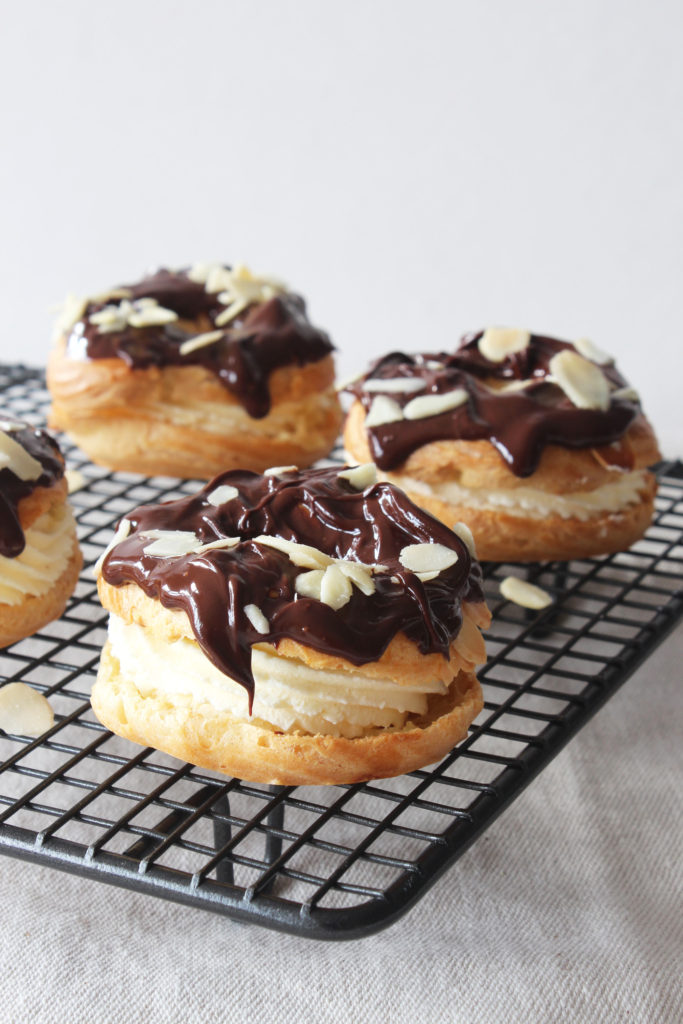 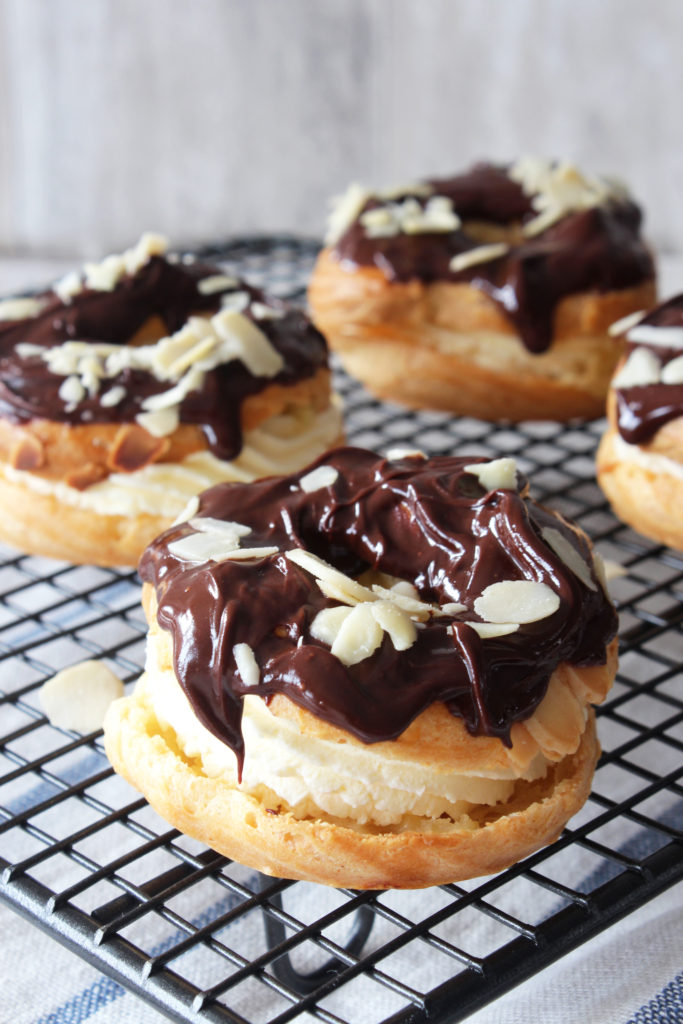 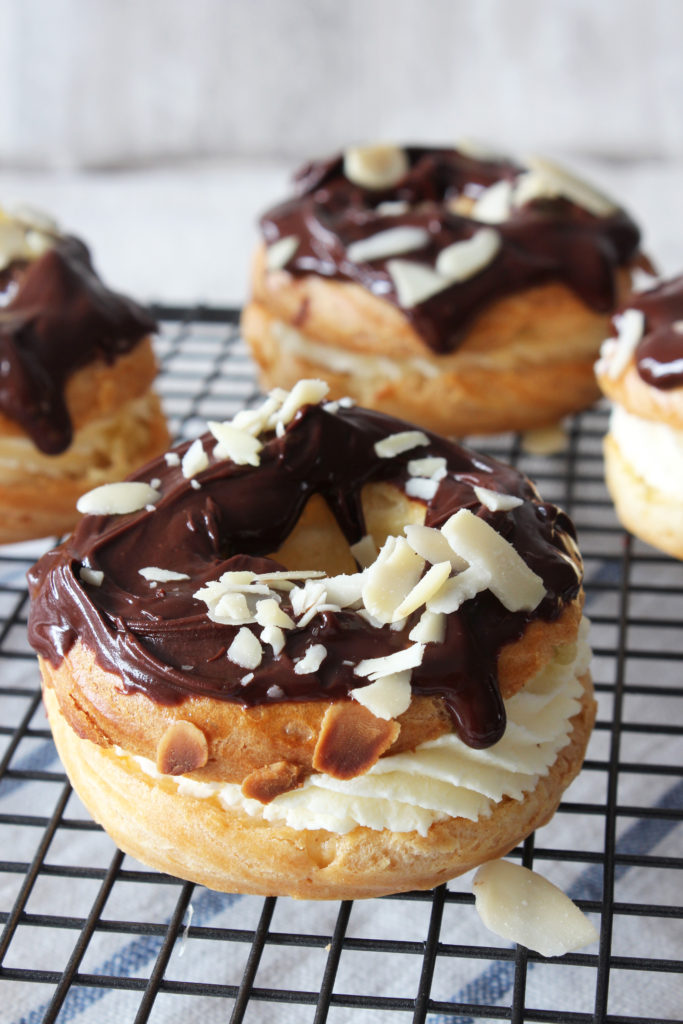 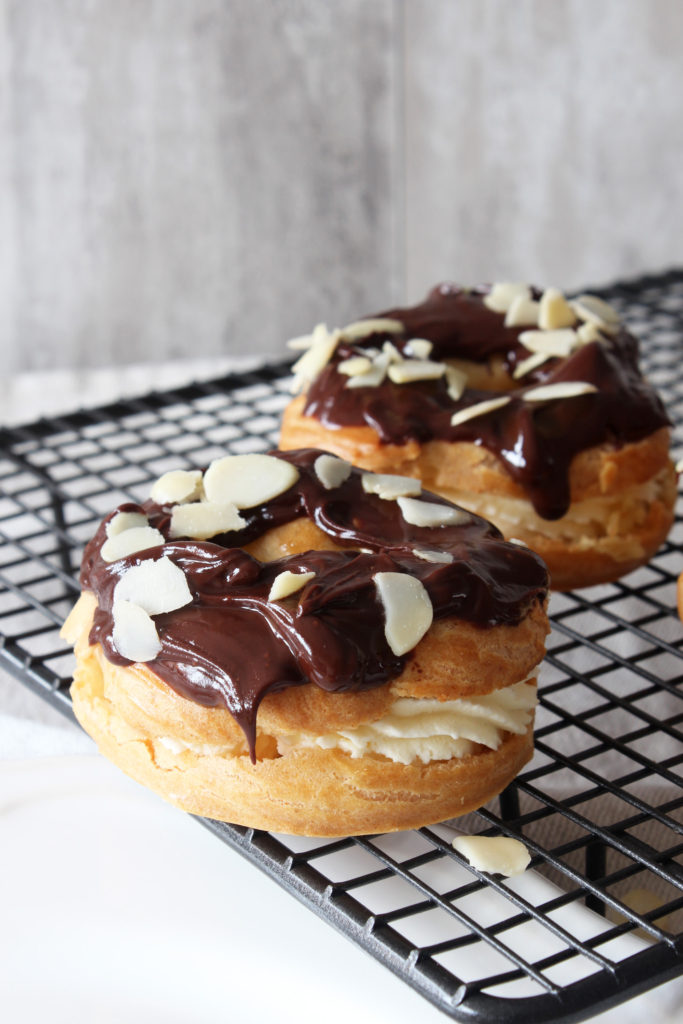 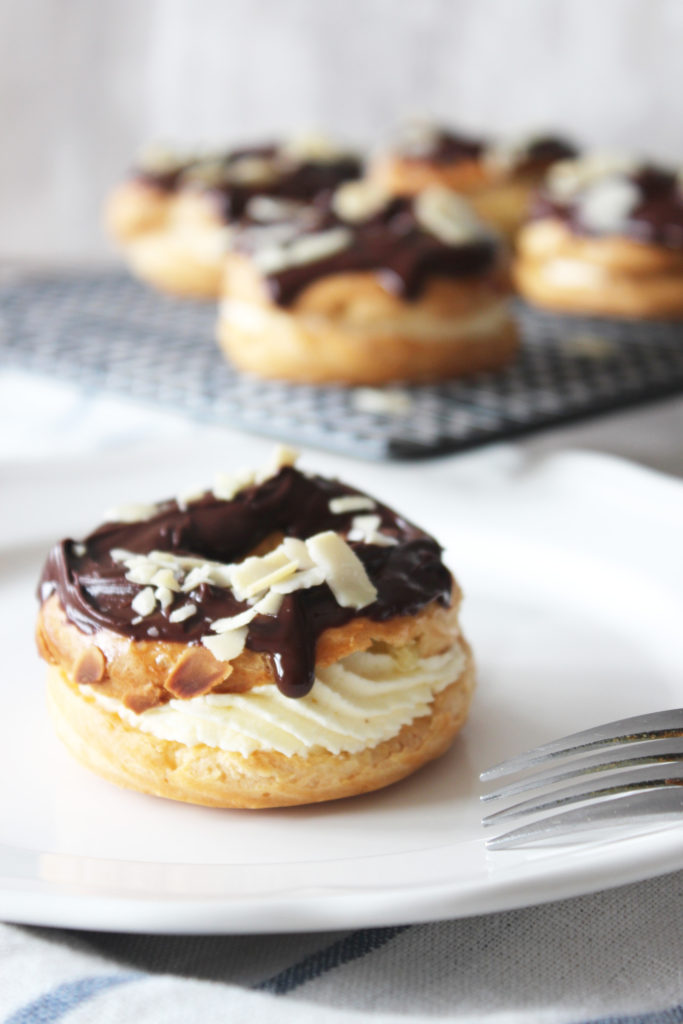